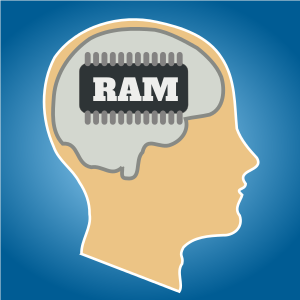 The image above is called “Working Memory” from Openclipart.org which depicts my retained memory each year I walk this planet. I have been teaching since 1993 when I started as a Science teacher at Grey Culbreth Middle School in Chapel Hill, NC. As my classroom became more technological I became a Technology coordinator and ended up leaving in 1999 to take the position I now have at Durham Academy. In 1997, I had a classroom with a variety of Macintosh computers with inkjet printers. We did a lot of hands-on activities and used the computers when it made sense. Today, I work with iPads, Computer Labs and no shortage of the most powerful tools we can deploy for learning. I still think we should use technology when it makes sense.

I became a teacher to help make a difference in the world and over the years, I think I have helped make some dents in the future. This past weekend I had a message on Twitter from a former student who well, just wanted to thank me. I am so grateful that she did this as while I think I have made a difference, it is nice to be remembered. That is a big part of me even as a parent and grandparent; I want my grandchildren to remember me when I no longer walk this planet with them. To have a student find me and thank me is very fulfilling and thought provoking as I try to remember my classroom and this student. I have some ideas as to who she was 17 years ago. Was she the one who made Speedy, the really cool mouse-trap vehicle?

This is the exchange of messages: 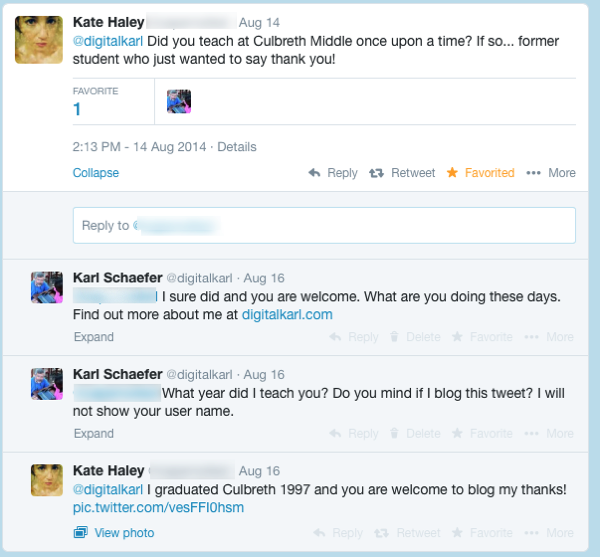 Clearly I was concerned about being remembered even in 1997 as the image below shows. Harrison I think refers to how some of my students thought I looked like Harrison Ford, yeah right:) 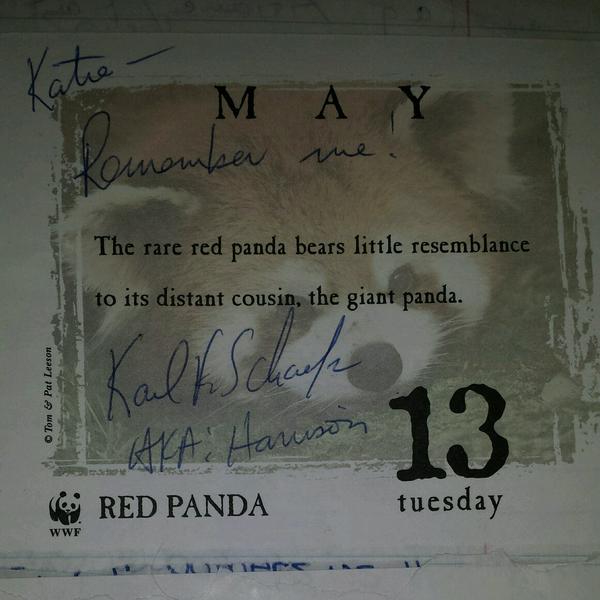