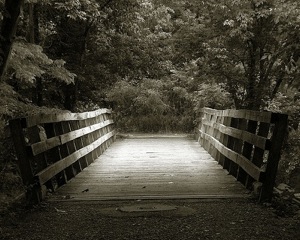 As I left work yesterday, Pete McWilliams asked me if I ever needed a testimonial on the power of our Google Apps for Education, let him know. I said I would love one as I would be interested to know how he was using them and if it was helping him teach writing better in his seventh grade class. Pete, or as he is known, Mr. Mac. has been teaching at Durham Academy for many years and has always been willing to learn new ways of integrating technology into his teaching. He epitomizes the term life long learner. When I envisioned how Google Apps for Education could be used, I hoped to get him on board as I knew he might see the benefits of being able to collaborate in real-time. Mr. Mac has for years used Remote Desktop to monitor students as they write their papers in the labs. We would get the program setup for him and he would observe and when needed take control of the student’s computer. This allowed him to type suggestions to the student inside of their document. He told me he envisioned this type of tool 42 years ago when he began teaching.

In November, Mr. Mac came to the training sessions I held on how to access and use some of the features of our Google Apps for Education setup. We then worked together as he was beginning his current writing project. I have seen the success his students are having but did not fully realize all the benefits he and his students until I got his letter this morning. I have tears in my eyes as I am proud and happy to hear this type of report on how the tools are helping him and his students. He told me to share his letter with anyone, so I want to share it with you. Thank you Mr. Mac.

Durham Academy continually stretches her faculty through the introduction of new technological hardware or software. The latest magical–and it is truly magical–advance is Google Docs.

Google Docs allows a teacher of language arts to do that which this particular teacher only conceived of at the beginning of his career. How could interactive writing occur in a manner that would allow the teacher in one physical space to read a student’s writing in a totally other geographical location–while the student was in the act of composing? Google Docs finally provided a way! For several years it has been possible to sit in a DA computer lab to interact electronically with students as they write, offering constructive criticism and responding to questions. But with Google Docs it is now possible to interact electronically with students as they write beyond the school walls. Last Sunday, for example, I sat at my kitchen table and worked–electronically–with a student polishing an essay from her home, offering immediate suggestions about grammar, punctuation, organization, style, and the like. The important point here is that pupil and instructor could each observe without delay that which the other was writing, thus allowing the student to persevere at a difficult time. This efficient, personal intervention afforded the student the opportunity to grow in her composition skills under the tutelage of her teacher despite the fact that class would not reconvene for over forty-eight hours. Needless to say, the reverse was also true. That is, the teacher could see the mind of the student at work during the writing process.

So kudos to Durham Academy for providing this computer-assisted program that truly is a magical link insofar as it affords student-teacher reciprocity in real time. If one of the grounds of good pedagogy is integrating into the curriculum strategic means for academic success, then Google Docs stands on its own merit. As a revolutionary bonus, use of this tool also saves paper!