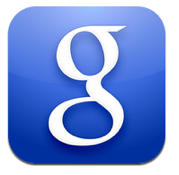 Those of you who have been reading this blog since the iPad was announced have read my posts about the issues with using Google Apps for Education on an iOS device. Sure you could sort of use them if you were willing to do equal parts troubleshooting and lowered expectations. I have tried various apps that purport to be the best with being able to connect to our Google Apps for Education accounts to create, edit, share and use without limitations or at least few limitations. Most of the apps come close but when any number of students report having lost work, I believe the system is not a true system. Granted in baseball, .400 is a good average, but if you only have 40% of the work you did, you would agree it is not a system.

Because of this issue, I have been concerned about what we would loose from our normal educational routine if our school adopted iPads for students over laptops since there is virtually no issues with Google Apps for Education from a non-mobile computer. While I am still not sure what is the best device, I have been able to solve the main issue with creating, editing, and sharing Google Apps on an iOS device. I used the new Google Search app and clicked on Applications to select Documents. Once I did this, I could do in iOS what I can also do on a non-iOS device. The only caveat yet to overcome is that when the document is shared with another user they can not see who has shared it with them. Until that is resolved, yes I am talking to you Google, students or teachers may need to add their first name to the title of the document.

If you have yet to update to the new Google Search App, [iTunes Link] do so now as it is really slick with other features as well.