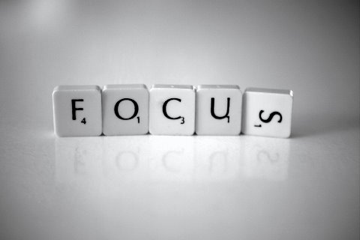 The New York Times Article, A Silicon Valley School That Doesn’t Compute has started many conversations this week at school and on the Internet. I think we need to keep our focus on what schools are about: Learning. Granted, as the Digital Learning Coordinator, I favor access to digital tools and am presently helping our school test iPads and MacBook laptops with a small number of sixth grade students. My bias is that students need to have access to these tools and the networks that connect students to other learners and other teachers. Will there be distractions, yes. There always have been as I remember doodling in my English notebook in high school. Should we have removed the pen? Below are some bloggers to have read for years and others who I have found by following the links in their posts about this article. I think the article was poorly written and do not agree with most of it, however, I do agree it should be about Learning and not about the Technology Arms Race where schools purchase technology so they appear to be high-tech. If it is truly about the learning, then teachers, administrators and other members of the learning community must also be learners.

Update 10/26/11 Will Richardson who writes at willrichardson.com wrote a post titled Its not an either or question where among other things he quotes Diana Laufenberg’s Tweets:

That is the essence of what we should be doing instead of arguing over whether or not a device is the best thing for schools and learning. Besides, how do we make sure our good teachers remain both good teachers and teachers at our schools? Are we really willing to toss aside some folks in our move forward? Note: All of us are getting older and could be seen as excess when a newer model comes along.

George Couros writes at The Principal of Change. These quotes are from The Blur Between Leading and Teaching discusses his thoughts on what schools could use to guide their look to the future.

Later on he lists what he sees as the characteristics of great teaching and great leading:

Jonathan Martin just wrote a rebuke on his site 21k12blog.net where he lists his objections to the article as a parent of a student at a Waldorf school. Solid points are made and it is clear from the comments that sides are being taken as one commenter suggest he remove his son or daughter from the school so someone else with more supportive parents could have the seat. Really, is that the solution? Remember our children are watching us every minute of the day and our behavior matters. When can we disagree and still leave the person we disagree with having some value?

In the comments is where I found a link to this post by Ira David Socol where he adds to the list of issues presented by Jonathan in his post. He titles his post: Class War at The New York Times. While he clearly is tired of the battle of Yes Technology vs. No Technology, (as am I), he makes more good points about learning and change.

“But it is important for Messers Richtel, Eagle (of Google), and Thomas to know is that, despite their claims, the old technology is neither superior nor more natural than anything which has come after. For years now I’ve had to point out that every time new ways of “manipulating the world” appear, those who hold power tend to oppose them. Socrates opposed both writing and literacy. The Catholic Church opposed Gutenberg’s printing press. Alcott had to beg those funding Common Schools to install black-boards and give kids slates, even though the private schools of the wealthy and places like West Point had had them for years.”

Nothing is really new as it shows in the book referenced by Ira Socol:

Here is also a nice humorous way to look at the adoption of technology. This movie was referenced in my last faculty meeting when I did my Switch presentation. It is an oldie but a goodie.

This work is licensed under a Creative Commons Attribution-NonCommercial 3.0 Unported License.

Powered by WordPress | Hosted by Edublogs | Protected by CloudFlare